In 1998, the charismatic socialist and former army captain Hugo Chavez won the Venezuelan election, with promises of reform largely expelled from Latin America after the widespread proliferation of liberal capitalism in the region. He declared he wanted to retake control of the national oil company and revitalize public education and healthcare after years of languishing in privatization and free trade which benefited the rich. Venezuelans found this appeal much more believable from a man who has not been a member of the ruling class; of the two other “outsider” candidates, one was a former beauty queen and another rode a white horse. Chavez rose from 12% in the opinion polls before winning the election with a solid majority. Make no mistake, Chavez was not a nobody: already famous for his attempted 1992 coup against the failed neoliberal governance of President Carlos Andres Perez, Chavez earned a national profile during his two-year prison sentence.

Chavez, however, is no longer the President of Venezuela. For all his reforms, the almost entirely oil-based Venezuelan economy began to slide backward in the early 2010s from what had been modest improvements in revenue and quality of life. Chavez died at the age of 58 on March 5, 2013. Vice President Nicolas Maduro, once described as the most capable Venezuelan politician allied to Chavez, was his immediate successor.

It is five years almost to the day since the ascension of Maduro. Despite all of his laudations, Maduro almost immediately went to work diminishing the capacity of the nation’s democracy, and now functions as an effective dictator. As known to most Americans, Venezuela has been having extreme troubles recently, with poverty and food shortages rocketing out of control. The nation’s seems closer to complete ruin without hope for recovery daily. As with any country facing turbulent times under a dictator, a democratic opposition has formed; but unfortunately, we must focus on the clouded question of their motives.

Enter Juan Guaido. Guaido is the self-proclaimed President and the head of their National Assembly that has been attempting to depose Maduro since January as a result of the financial ruin. That title seems to be all that is known about him; in contrast to Chavez, Guaido really is a nobody. He was positioned to become the new leader of the Venezuelan opposition after a few phone calls with Vice President Pence. A middling and uncharismatic party functionary for a right-wing parliamentary group, Guaido has been repositioned and advertised as a centrist somewhere between the vague terms of “progressive” and “moderate,” not unlike our own Obama. Similarly to Obama, the media immediately swooned over Guaido: the Wall Street Journal called him “a new democratic leader,” whilst the New York Times believes him a “credible rival” to Maduro. All of these accolades are strange considering Guaido effectively crowned himself king of Venezuela with support from a lily white (i.e. unrepresentative of the heavily mixed Venezuelan population) parliamentary body, and especially considering his remarkably low approval ratings amongst the lower classes.

The reasons for the media’s support of Guaido are obvious once you consider the economic impact of an American-friendly puppet government in Venezuela. Venezuela is a key member of the Organization of Petroleum Exporting Countries (OPEC), and with good reason. It has the largest proven oil reserves of any nation in the world - including Saudi Arabia. The Orinoco Belt, a shelf beneath the Atlantic Ocean and just off-coast of Venezuela, is the world’s single largest petroleum deposit. Access, or better yet control, would assert a significant stake in the current owner’s international legitimacy and influence. Such is the motives of the mainstream media, especially the aforementioned financial papers who are beholden to the ruling class. They don’t appear to care about Venezuelans, nor about freedom: they seem to care solely about lining their own pockets. This adequately explains why many in the U.S., including National Security Advisor John Bolton, are pushing for a military expedition to forcefully depose Maduro and install their regime. 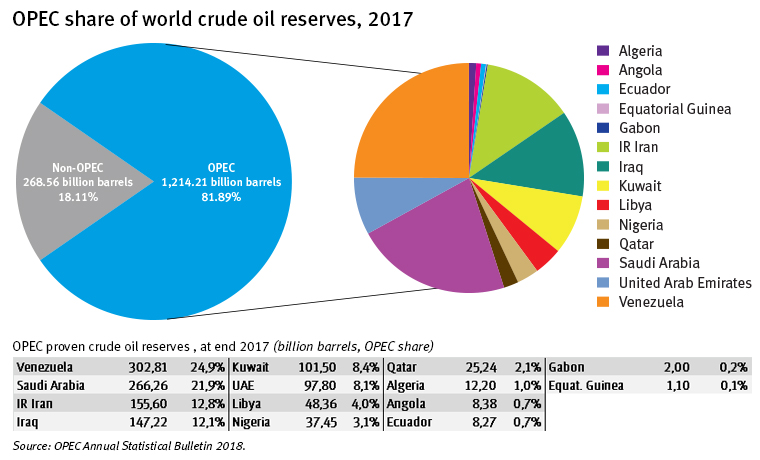 It should go without saying that U.S. intervention in foreign countries is a bad idea. Iraq (also with copious amounts of petroleum reserves), Afghanistan, Libya, Vietnam - when American troops get involved in other nations’ affairs, the result is never positive. Tens of thousands of American citizens lose their lives, as do up to many millions of native civilians. Billions of dollars are wasted, and a new generation of anti-Western fighters are born. Yet, here we are. When the United States invaded Iraq, in 2003, we did so with much of the same virtue signaling to the outside world that we commit to now. We risk making the same mistakes despite President Trump’s supposed opposition to foreign wars. As the saying goes, history repeats itself first as tragedy and the second time as farce.

Don’t get me wrong: Maduro is a weak leader and a coward who resorts to murdering his own civilians, as he did in mid-February during clashes on Venezuela’s borders relating to U.S. aid shipments to starving civilians. Just because Maduro is bad, however, doesn’t make Guaido good by default. Guaido is a grifter all the same and is representative of the capitalist ruling class in Venezuela, and any and all coups against the legitimate government of Venezuela, Maduro’s, should be denied. This denial must come from all sides of the spectrum, including from Democrats who are appalled by Russia’s involvement in our own elections but actively encourage regime change in less affluent countries. Military intervention is the death knell of any President’s foreign policy, so if Donald Trump is smart he’ll realize that it didn’t work against Saddam; it didn’t work against the Taliban; it didn’t work against Gaddafi; and it will not work against Maduro.

I’m not holding my breath.
Posted by The Mustang Stampede at 4:00 AM