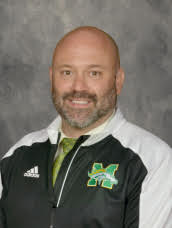 A school is only as good as the principal who is running it. Principals have to be able to not only run a school and make it run well, but also make sure that the social structure of it works well. The principal of Massabesic High School, Mr. James Hand, makes sure to adhere to all of these expectations, while also getting involved with some of the clubs, and teacher and student personalities. Many wonder, why did Mr. Hand decide to become a principal? What are his motivations for getting involved in the school as a whole? Does he ever get made fun of by disrespectful students because of his last name? Well, it is time that everyone knows these things and things like them.


In an interview with Mr. Hand, we asked him what made him want to become a principal in the first place. He responded with the answer; “I really enjoyed teaching and I wanted to see if I could have a large positive impact on many people. I had some good leaders who said I would be good at it.” it was after he had decided to try out this idea that he realized that he was good at it, and from that day onward he pursued this dream and eventually worked his way up to becoming a principal. We had also asked him how he was able to incorporate his last name into his work to create a more positive and humorous atmosphere in the school, to which he responded: “That started as a teacher. I was writing passes and I always just drew a hand. And people would bring gifts in the shapes of hands. Then my wife began to buy things at yard sales that were in the shape of hands and then students began to make hand-shaped things.”


Now, a lot of students at the school have their own opinions on Mr. Hand, but we wanted to ask him how he believed most of the perceived him (whether they thought he was a good principal or not). His answer to this was not too surprising, and he stated, “I would hope that they think I am out for their best interests. I hope they feel like I want to make this place a warm and interesting place and that I am in everybody's corner.” This is basically ensuring that he has all of the student’s best interests at heart. Finally, we asked him what he believes is the most important thing that the students should know about him as a person, that way the students don’t feel scared or even intimidated by him. His response to the final question was, “My first love is to make sure that I am there to make sure kids can figure out themselves and to make kids know where they want to go,”. He is also there to make conditions for teacher better so that they can teach better and help their students.


As you can see, principals that care as much as Mr. Hand are quite hard to come by nowadays, but he makes sure to do his best to keep the school running well socially and financially. While many may believe that Massabesic is a terrible school, those people are unaware of the effort that gets put into the school, and the lead cause of those efforts make the school what it is today, all thanks to Mr. Hand.


Posted by The Mustang Stampede at 4:00 AM