Hurricane Michael and the destruction of the Southeast U.S.

Devastation and destruction in the US southeast area from category 4 hurricane. Category 4 hurricane, hurricane Michael, brings 100-140 mph winds and at least 35 inches of rain to Florida. Causing mass destruction over many parts of the Florida panhandle. Though this immense storm didn’t just leave Florida alone devastated, other places from Georgia to Virginia also felt the wrath of this storm. This Hurricane arrived in Florida on October 10, 2018 as a category 4 storm and left Virginia’s coast as a tropical storm. It left many homes, agricultural areas, and even businesses completely destroyed. Nothing was left unaffected by this horrible storm. 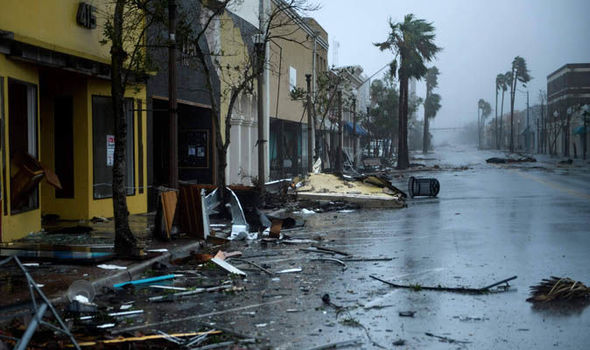 
Spanning over 200 miles Hurricane Michael ripped through several states in the southeast. It destroyed many places one of them being Mexico Beach, Florida. As quoted from CBS News, “ The head of FEMA said Mexico Beach was ‘probably ground zero’ for the category 4 storm.” Mexico Beach took a big lashing from this storm. It is even said that the Beach will take at least 12 to 18 months before it is up and running again. In their article about the hurricane CNN even said that, “One death was reported in Mexico Beach -- that of an elderly man found alone, Mayor Al Cathey said.” This is just one of the 36 deaths reported so far. Though there are probably more deceased that will be found as search and rescue teams scour the area.


Hurricane Michael caused so much damage to all the places it hit. The damage cost is $6.1 billion in total. At least 1.15 million homes were left without power, and over a million homes were destroyed. The storm left 5 states without power, Alabama has 22,463 people without power. As well as Florida with 271,998 citizens in the dark, along with 32,338 from Georgia, 7,364 in South Carolina, 312,558 in Virginia, and lastly 323,735 in North Carolina. The storm caused 1,200 roads to close and at least 75 areas were left flooded. Even though all the broken homes, hearts, and powerlines, Hurricane Michael survivors still fought to live. People continued to search for food and water where they could possibly look. The community grew stronger by working together and sharing what little they had left with their neighbors in need.

Though homes businesses and other things were completely destroyed people are not just sitting around doing nothing. On October 11 the day after the storm hit repair and rescue teams were sent out to assess the damage that had been done. Plus people are already being sent out to help. About 1,000 plus volunteers are helping to provide food, shelters, and even health services. In his article volunteers rush to aid survivors after Hurricane Michael, Brian Snyder wrote, “The groups served some 4,500 meals to survivors during the past weekend alone, he said.” The Red Cross even has their volunteers in Alabama, Georgia, and Florida helping the tens of thousands of people who have been affected. Volunteers, search teams, and just helpers in general from all over are aiding those who were affected by Hurricane Michael.