Fall sports are very important to the kids at Massabesic. The girl athletes have worked really hard this season, and always put in the effort, practicing almost every day to get better. Although these girls weren’t always successful, they made sure to have fun while playing.


This year the field hockey team made it into the playoffs once again. As well, the girls cross country team made it to regionals. Cheering and soccer had fantastic seasons, too! The girl's varsity soccer team who were coached by Jaime Alonso, Meagan Collupy, and Rusty Blackington went 0-14. Even though the team didn’t win any games, they had some real close ones. The girls always chose to keep their heads held high. Cheering this year did amazing in all their routines. Coach Tanguay taught the cheerleaders some pretty intricate choreography. They never failed to blow away the fans during halftime at the football games. Overall, the girls fall sports went pretty well this year.


This season, girls cross country was very triumphant. The coach this year was Mrs. Blair who is a teacher at Massabesic High School. One of the juniors on the team, Carrie Phinney, states that overall the season was pretty great. They even got to hold one of the meets. The results from that meet were pretty good and they ended up taking 2nd. This year, the team’s downside was they didn’t have many girls. Carrie Phinney claimed, “[W]ith such a small team this year we didn’t have enough depth.” With the team being small they didn’t have many different paced people. That affected the team because most of them would end up placing at around the same place and a few placing in the top. On the bright side, they had some great success. Carrie also mentioned, “Our biggest achievement this year was definitely taking home the trophy at the Stinky Shoe race for the 12th year in a row!” Throughout the years, the girl's team has brought home a trophy from the race. They certainly earned it. Another great achievement for the girls this season was they went to regionals. They worked really hard for the race, but sadly did not come out on top. Carrie said they girls this year got 14th place. They were hoping to go to states, but it seems as though it won’t be this year. These girls are keeping their heads high, though, and can’t wait to be reunited as a team next year.
A few of the girls on cross country 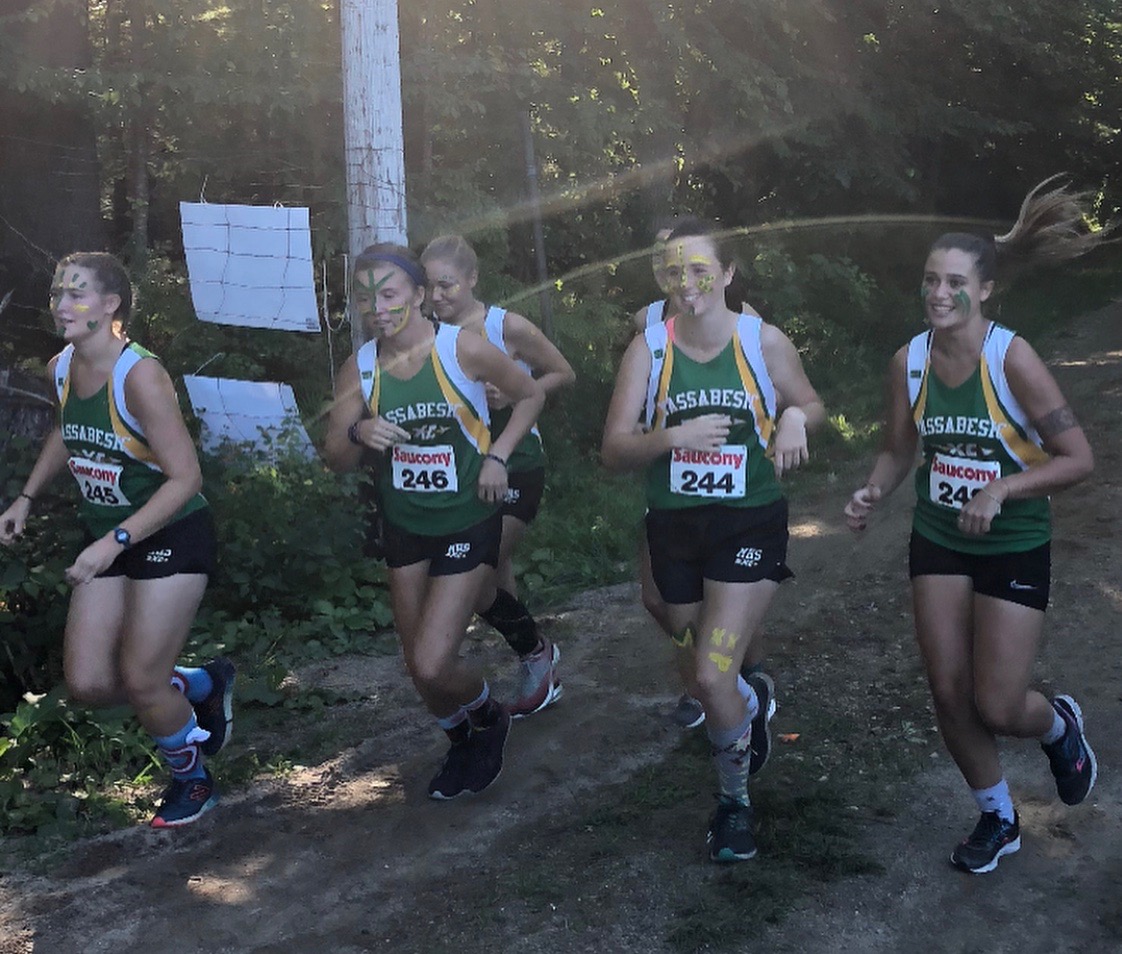 Another sport that had a rewarding season is the field hockey team. Coach Martin-Moore who was assisted by coach Fournier really trained these girls and shaped them up for their season. The roster was filled with many talented and experienced players this year. The girls welcomed many new people to the team. Maddy Pomerleau who was the goalie stated, “The team’s biggest achievement this season was honestly coming together as a family, we had so many new girls enter this team. We had a lot of getting to know each other and we did an amazing job.” She explains that they all got along and acted as though they were more than just a team. With everyone being close it makes for more of a well-composed team. The season was a little bumpy for field hockey. Their record caused some ups and downs. Maddy told me, “[W]e worked so so hard day and night and every game we were right there with that other team, just we couldn’t finish all the way sometimes which was hard for us.” The team had a record of 5 wins and 9 losses. It’s clear to see that there were some successes and some failures, but it kept them motivated. A very exciting up was that they made it into the playoffs! They played Cheverus whom they had won against in the regular season. According to Maddy “For the playoff game with them, we had a tough fight. We lost 5-4 but we went into overtime. Both teams played well.” This game was neck and neck but, unfortunately, Massabesic couldn’t come out with a win. After that, the season came to end, and the girls feel as though it was an awesome time. There will always be a bond there as a family and they feel as though future seasons will be great. 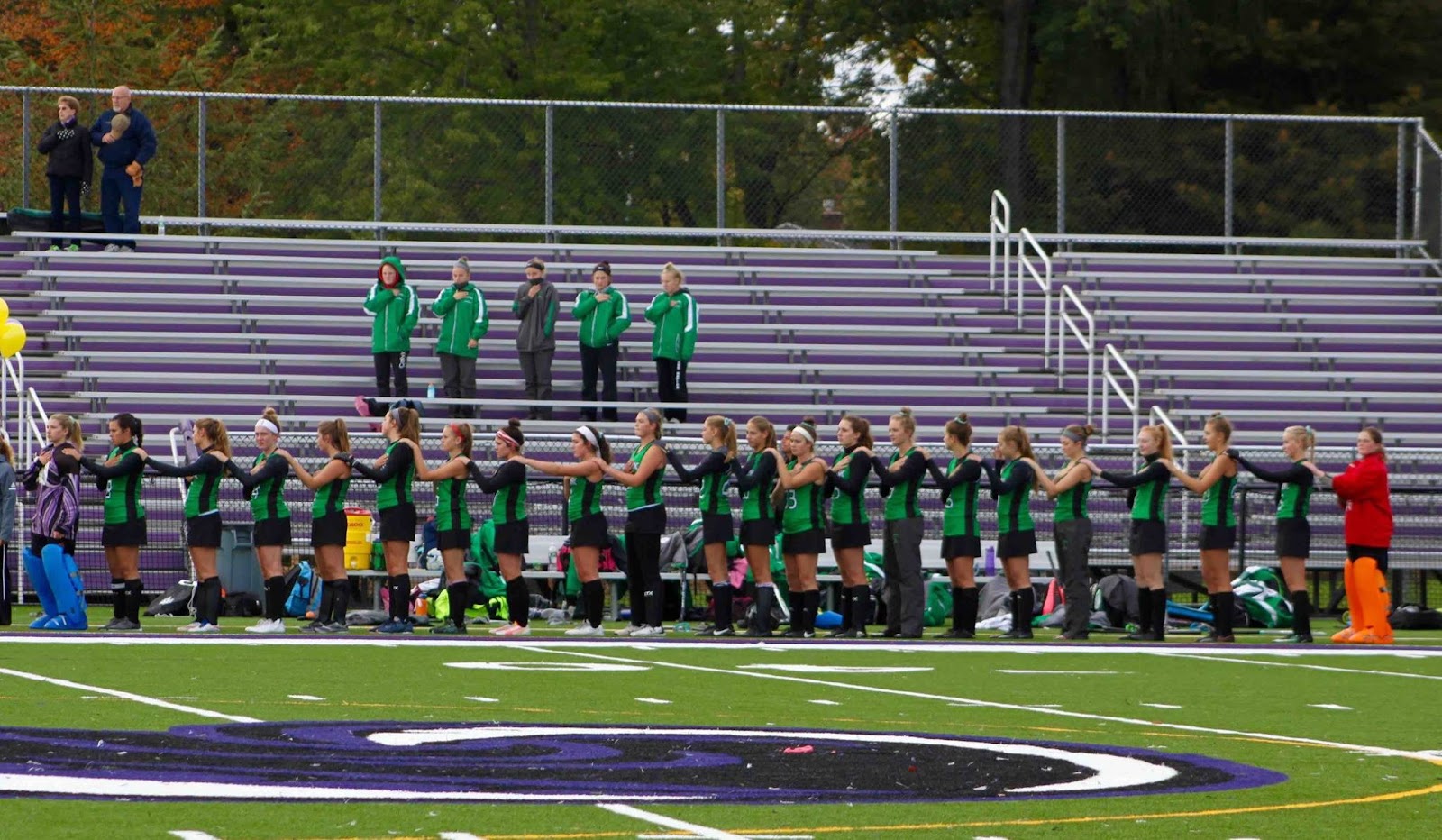 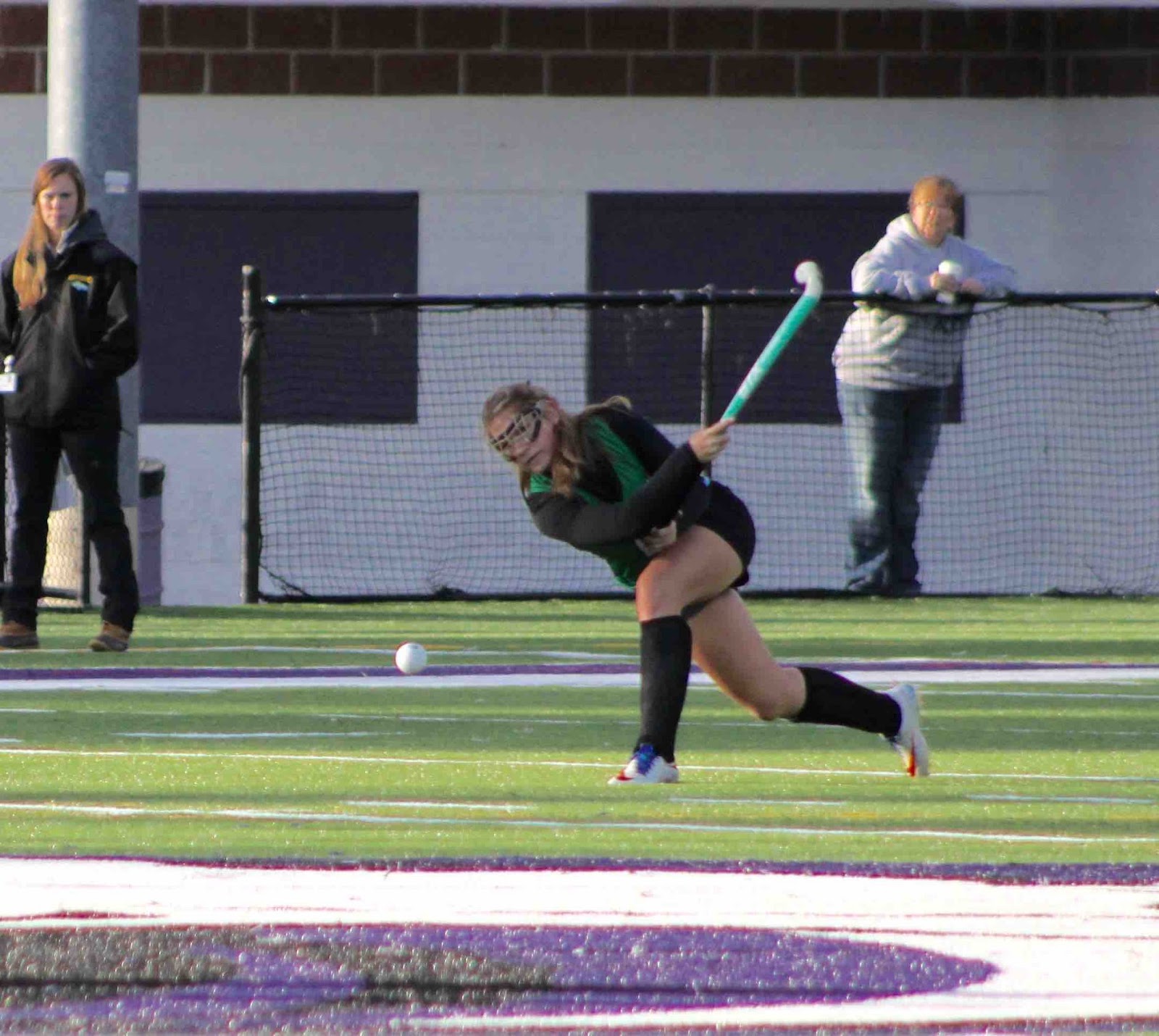 The girls at the playoff game during national anthem Lacey Bean, a senior during playoff game