School Walkouts and Protests Across the U.S.

Ever since the Florida High School shooting this February, students in schools all over the U.S. have been staging walkouts to protest against gun violence. This began after a young man with an assault rifle killed 17 people at Marjory Stoneman Douglas High School, and wounded many more. This young man had been bullied a lot throughout his life, and he did not have many friends at his school that cared about him. This is most likely the reason why he would want to do something like this to his former school. Students are walking out because they want to have a voice in their school, and to stand up against gun violence in schools and in the U.S.

On the day of March 14, 2018, students here at Massabesic High School, and students over at the middle school, were planning to walkout at approximately 10:00 in the morning. From then, those students will stay outside for exactly 17 minutes, in honor of the 17 innocent student’s lives that were lost due to the Florida high school shooting. They will then go back into the building and continue on with the school day. Many teachers and staff were in favor of the walkout because the students are against gun violence and are doing it for a good cause, but, on the other hand, some teachers feel that it should not be allowed and that some students will do it just to get out of class. The snow day on Wednesday, March 14th ended up derailing many student's plan to walk out.

Here is what a few of the teachers/staff here at MHS have to say about the walkout:

Mrs. Kendall: "I feel like it is a very positive idea and I hope everyone that does it does it for the right reason, not just to walk out. 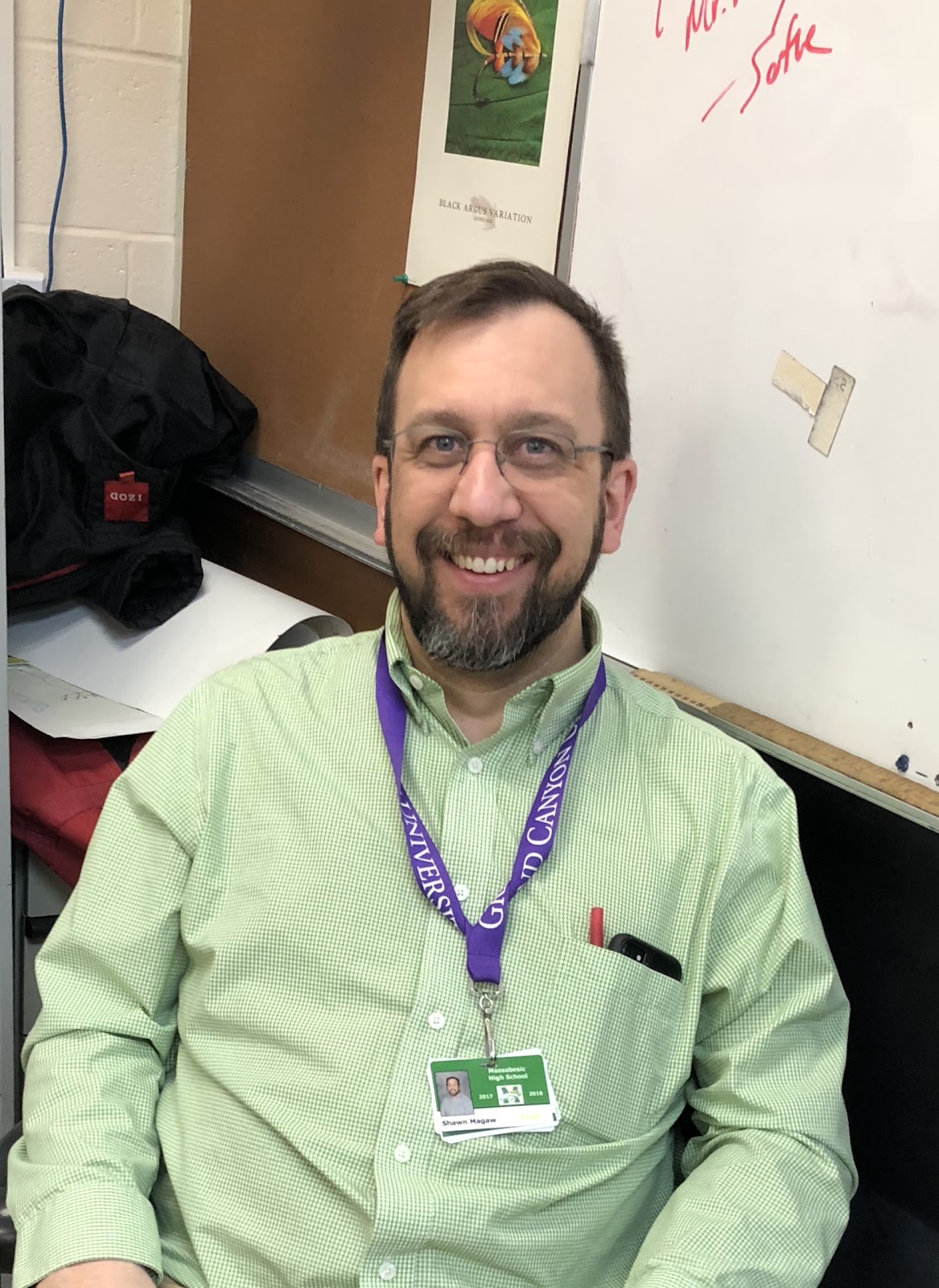 Mr. Magaw (image above): "Students want to have a say and feel like they have control because they want to do something as remembrance of these kids whose lives were taken for no reason."

Principle Hand: "I am concerned that people are going to walk out, and if they know what they are standing for. I know that teachers will have problems with sides and staying neutral. The options for the upcoming day could be, following the school rules and not leaving the building, all people supporting goes to the gym, or find other ways to go about it.”

Ms. G: "I completely support it. These students are our future, and it is for a good cause."

Right now, the punishment for leaving the school without teacher's permission is 1-2 days of In School Assisted Study (ISAS). Some students probably will walkout just because their friends are doing it, or to get out of class, but the students who are walking out to support the cause are doing it for a good reason and there is no reason for punishment under this circumstance. So, if you planned to walk out on the 14th, or did so on the 16th, please consider the reason as to why you are walking out. You could even consider other options, like saying kind things to people at your school, sitting with somebody that doesn’t have anybody to sit with, or just being kind to somebody that might need a friend.

For more information about school walkouts and protests about gun violence in the U.S., you can read on about the topic HERE.