Easter and April Fools on the Same Day?

Studies have shown that Easter and April Fools day will fall on the same day again, but not until 2029. A lot of families, or, at least, the children, don't know the meaning of Easter. They think it’s about money and candy, but it’s not. Easter usually falls between March 22 and April 25. It’s always on the first Sunday after a full moon to celebrate the Resurrection of Christ. Easter is a fun day to celebrate with family. What most families do is say that a bunny had hidden eggs throughout the night and the little kids have to go and find the eggs in the morning, which usually have candy or money in them. The date changes every year due to the full mood not being on the same day every year.

April Fools Day is a day to play joke on family members and friends, tricking them into thinking things that may not be true and just having a joyful day for lots. Some people also think it as a traditional thing to do, but no more than half the population thinks it as a holiday to prank people on April 1st. Some adults still pull pranks, but students and teachers love to do it to each other, too, but the style of this game has drastically changed over the years from just telling your parents you think you may be pregnant, to pranks calls, to opening a door and a balloon falls on your head. As you can tell, this could be a emotional game, funny game, or happy game. CLICK HERE to watch a video of a group of students pulling a prank on their professor.

These two holidays are fun when they’re separated, but who knows what disasters may strike when you combine the two.

Lots of people are excited for this special Easter, Riley Greenleaf says, “I’m excited for this rare occasion on Easter, lots of tricks may come up!” Lots of tricks will definitely happen as finding eggs could have special tricks! This Easter will be fun as some eggs could be a trick instead of a prize of whatever is inside! Egg Hunts will be different this year due to April Fools, many people are planning Eggy tricks! 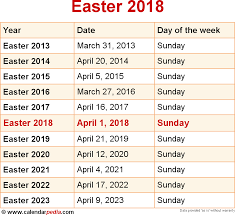 Easter isn’t celebrated the most, but this year it’s gotten a lot of attention to it being on April Fools! After this Easter, we’ll have to wait 22 years before this would happen again, so enjoy it while it lasts! This Easter could also occur with snow still on the ground, there is a big possibility as last year’s April Fools Day had one foot of snow on that day. This Easter is special with April Fools Day mixed in, enjoy the holiday and watch out for tricks!
Posted by The Mustang Stampede at 4:00 AM