The End to Logan Paul? 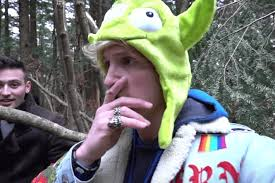 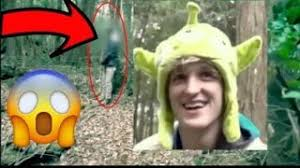 Logan Paul is a famous, funny, comical youtuber. Known to most kids in our society today his videos are wide spread. Every video that he posts is seen by millions of people around the world. One wrong move, and everyone will know. Today, that is what we are talking about.


The video featured Paul and his friends reacting with shock and making jokes after discovering an apparent suicide during a trip to Aokigahara forest, also known as the “Suicide Forest”, at the base of Mount Fuji in Japan, a site where a high number of suicides take place. The video, posted in late December, featured images of the dead body and had millions of views before the 22-year-old Paul deleted the clip from YouTube three days later.
After the video was deleted, Paul's account was marked with a strike for violating the company's policies on violent or graphic content, YouTube said. A strike lasts for three months and can mean a loss of ad revenue from videos and links to crowdfunding and merchandising websites.


Through every state and across the world Logan was losing and gaining subscribers within minutes of the video being posted. Was it wrong? Was it right? The two questions everyone is asking themselves. Most believed it was wrong and he was being called out by so many on Twitter. Logan soon after took down the video. YouTube says, “Paul broke many rules of the service.”
Posted by The Mustang Stampede at 4:00 AM