article by Destiny Doucette
edited by Addy Brandt
“Work hard, stay positive, and have fun.”  These are the three rules of Massabesic High School’s new girls soccer coach, Jaime Alonso. The Massabesic high school girls varsity soccer team wasn't very successful with their season, but still pushed through it with a positive attitude. They played like a team but acted like a family, as they won three games but lost thirteen.  “No matter what happened we always stuck together through the good and the bad, ”  Madison Swinger, a member of the team stated.


The hardest game of the season was one of the final ones, the team they played was Westbrook High School.  One of the roughest games yet, it was so hard was they had lost several players during it’s duration.  One player bruised a bone, that player was Whitney Cass, and she was one of the most important players of the girls soccer team.  After bruising her bone, Cass had to be taken to the hospital for further examination.
The second player of the Westbrook game from Massabesic to be taken out was Madison Drain. Madison was the top players for  MHS, she was a very hard working player that pushed through everything. She was brought to the hospital after Whitney Cass, when they heard back she had a broken rib and her shoulder had been messed up. There was also yet another player that got a concussion from the game.
Arguably the most important player of the Massabesic High school varsity girl soccer team was Julia Backman.  She was the most important was because she was one of the best goalies in the state of Maine.  Julia has saved more goals than goals have been shot.  She dives, catches, and kicks the ball more than half the field or longer.  Through broken bones and concussions, she stuck through it all and played throughout long years of being goalie.
I asked two of the swingers Makenna Roy and Madison Paquette what they thought the team was like. According to Makenna Roy, “We are a team, together we provided healthy influences on each other, as we stuck together after every win or loss. We all stood by each other when things turned for worse, as every girl cheered one another on we made progress. It may not have been the progress of winning every game we had, but it was the progress of team building.”   As the players talked, a person would really see that the team wasn't just a regular team it was one big family. 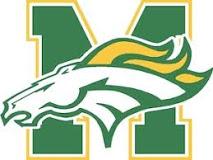 This year, Massabesic Girls Soccer had a new couch from Spain.  Jaime Alonso made the team work as a single unit.  You had to work hard and show you are worthy enough to play varsity. There was only two teams to the soccer team this season.  JV and Varsity, but the girls were like one big family.  Jamie felt as though that not being one big team was not being a  team at all.

“We worked hard. Not all of us were at the same skill levels so it’s harder, but we still stuck together and helped each other and everyone to get to a higher skill level.” - Madison Paquette