The History of Waterboro 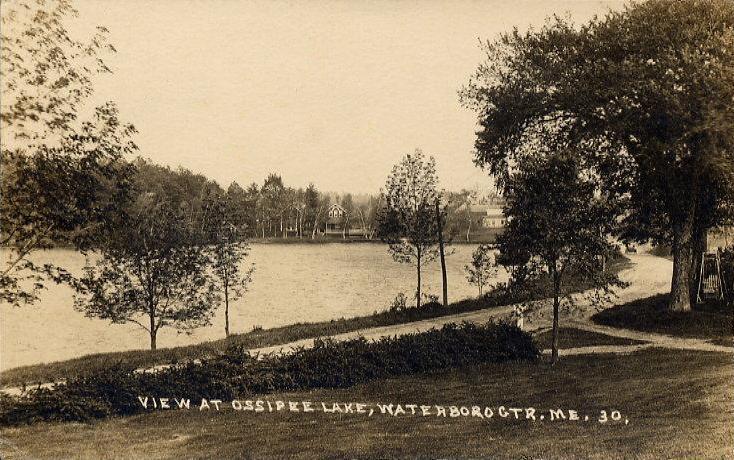 Waterboro is a small, quiet town that houses roughly 8,000 people. This little town located in York county is a just a spec to others. But Waterboro is not like every other town, it has history to tell and share.
Abenaki Natives set first foot in the land and soon came with the name Massabesic meaning, “the place of much water.” The land consisted of thick woods and many lakes as it does today. In 1661 Major William Phillips of Saco purchased the land from Chief Fluellin. This land was known as the Massabesic Plantatio which consisted of most present day Waterboro, Alfred, and Sanford. After Phillips died in 1683 the plantation passed down between his heirs to 10 proprietors in which one, Colonel Joshua Waters, would name the fine town of Waterboro.
On March 6, 1787, Massachusetts General Court incorporated the township as Waterborough. A few years later in 1790, Old Corners became the place to house the court of general sessions but was later moved to Alfred in 1805. 90 years later in 1895 the name Waterborough was then shortened to Waterboro. With the land being rich it was a step up due to agriculture becoming a large way of income in the industry. Along with agriculture, wood mills, and clothing mills were set along the waterways that weaved their way around Waterboro. In one annual season by 1886 1,800,000 feet of lumber could be produced by the mills. Along with wood, clothing and other industries made wide use of the waterways.
Though it seemed like all was well in 1911, fire broke loose in South Waterboro, burning a large portion. Though this in deed devastated all, it was sadly not the last. In 1947, the Great Fires struck Waterboro, taking three-quarters of the land, including the town's center. 90% of Little Ossipee lake cottages were burned with ash as remains.
The most recent major catastrophe was recorded on October 16, 2012, stating that an M4.0 earthquake has shaken the town and most of upper New England. This was a large surprise since New England isn't located on a plate boundary. Now a days Waterboro and the surrounding lakes are a huge attraction to out of state folk. With summer rolling around the corner, Maine will be buzzing with all sorts of fun.