A number of our fall sports teams had successful seasons, improving on past records.  We wanted to get the perspective of some of the freshmen coming into the programs and the coaches who have seen the teams over time.

We interviewed a few people from our cross country team, and asked some simple questions.  We talked to a runner from the boys team- Jakob Saucier, a freshman at our school.  We asked the following questions: “How did your season go overall?”, “Was your first experience as a high school cross country runner good or bad?”, “Do you have any advice for the upcoming freshman class of 2021?”, “What would you have changed about your season?”, and lastly “What was the best memory of the year?”  To which Jakob answered, “The season went pretty good overall, my experience was great, [and] the team was like my second family. My advice would have to be ‘make sure you run before the preseason because it will really help you out.’  I would change nothing about our season because we had a great season.  My best memory was going to states and playing kickball at our cross country camp.”  The second person we talked to was Sarah Cloutier, a freshman on the girls cross country team. We asked her the same questions and she said, “The season went better than I expected, my experience was awesome. My advice would be to run before the season because it will really help you during your season.  I wouldn't change a thing about our season, and my best memory would have to be the moment we found out we were going to states and went we placed third in regionals!”

Lastly, we interviewed the field hockey coaches. We asked them the same questions to get their experienced view on the season.  They said that they were very happy about their season, and loved the team they had. The field hockey team are our Southern Maine Champions. The regional game was tough and the team worked through it all together. In the following State Finals, the Skowhegan Field Hockey team scored with 1.17 minutes left, and the girls worked even harder to fight against them but just weren't quite there. One thing the coach would change was the moving from grass to turf, and then turf to grass.  The girls play well on both but the turf suited their style of play better.  Another thing Ms. Martin Moore wished hadn't happened this season was Colby Williams getting hurt.  Some advice she would give the upcoming class of 2021 would be to get involved, meet new people, be prepared, work out and definitely do the Field Hockey camps. Moore also spoke of their best memory, the Marshwood game, where the girls played so well and fought till the end of the game. “WE MADE HISTORY BABY!” They made history, not only as a group of individuals, but as a team. 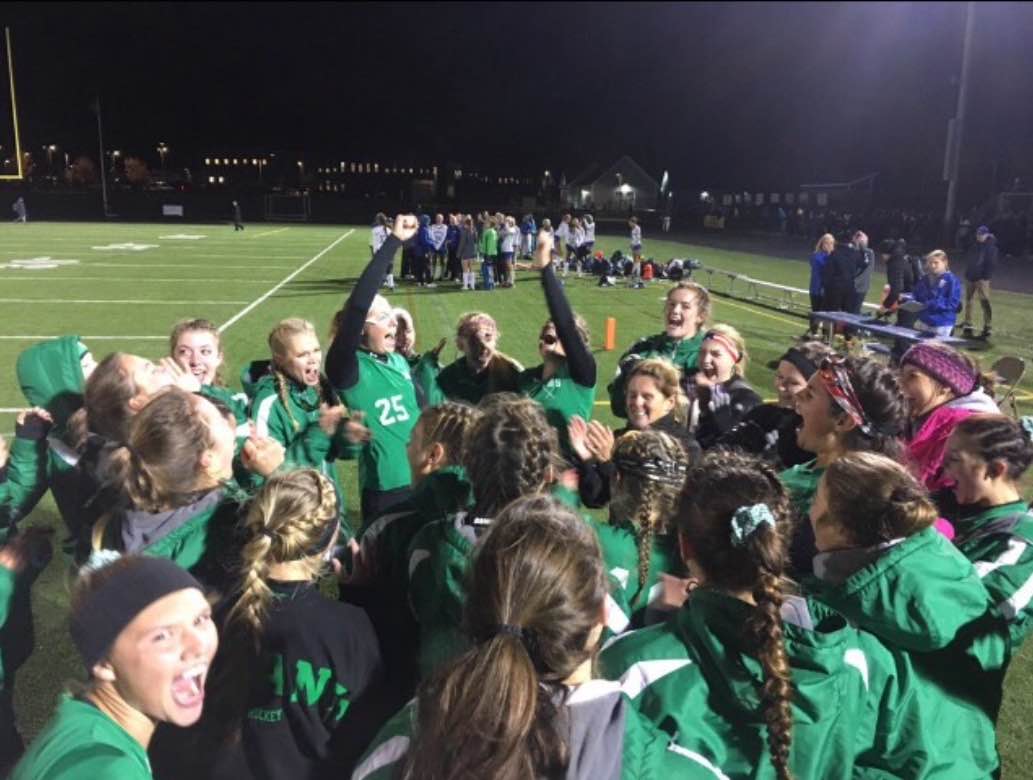